Research and Evidence based article is taken from the study by Dr. Zhifei Sun MD
4240 Views

If you are a patient of hemorrhoids (Also known as Piles), it surely feels very uncomfortable when the swollen Hemorrhoid bursts. It sometimes becomes even disturbing and painful when the burst hemorrhoid keeps bleeding and you cannot move around or sit comfortably. Well, every time you get hemorrhoids bursting, you need a proper guideline to follow to deal with it.

Do you know Why Hemorrhoid Pain Worse at Night? If you don’t treat hemorrhoids then check out these 12 hidden dangers of hemorrhoids and risk factors.

The National Center for Health Statistics reports that nearly 23 million people (12.8 percent of US adults) have symptoms from internal hemorrhoids. Other studies report up to a 40 percent prevalence of symptomatic internal hemorrhoids in the United States.

With half of the US population over 50 having at one time consulted a doctor about these painful, itchy, sometimes bleeding bumps along the anus.  Source

Hemorrhoids, have been reported to occur in roughly 1 in 20 people in the U.S, and affect up to 5 percent of the general population. About 50% of people over the age of 50 have hemorrhoids. Hemorrhoids are most common among adults aged 45 to 65 years. Source- https://www.drugs.com

“While hemorrhoids are most common between ages 45 and 65, it’s not unusual to see them in younger adults as well,” Dr. Kimbrough says.

Do hemorrhoids burst and what happens when a hemorrhoid bursts?

If you are a patient of hemorrhoids, It’s a common question you may ask if hemorrhoids burst or can you pop hemorrhoids yourself! Well, hemorrhoid bursts and starts bleeding when the hemorrhoidal vein becomes too swollen and inflamed that it ruptures the tissues around.

What happens if a hemorrhoid burst

When hemorrhoid develops too much blood clot inside, the tissues around get inflamed and it may burst. It usually becomes too painful before it bursts and you will feel relieved once the hemorrhoid bursts and the blood gets its way out. The bleeding from hemorrhoids that pop doesn’t last very long, it may last for a few seconds up to a few minutes, it stops bleeding after a while.

Once your Hemorrhoid bursts on its own, you won’t need to take any serious treatment, However, you may need to take some steps to sooth it. The first thing you do is cleaning it thoroughly with warm water that will both increase the blood flow and boost the healing. Take a 20-minutes long sitz bath submerging your butt inside a bathtub filled with soothing warm water. Once you feel relieved, dry the area with a microfiber towel, you shouldn’t scrub or rub it.

When an internal hemorrhoid bursts, it will be far more dangerous than the external one, but with proper care, you can stay fit and healthy. If an internal hemorrhoid burst, let the blood drain away itself and get a good sitz bath to help the area to heal up. While getting the bath, bend your knees to let the warm water get in, clean hemorrhoid and sooth it. Never strain after a hemorrhoid burst, use some over the counter medications to avoid constipation. Use some cold pack for 15-20 minutes, don’t sit in a single position for a long time, keep the muscles moving and let the blood flow around.

What will happen if burst hemorrhoid won’t stop bleeding

It will usually stop bleeding after a few seconds or minutes after your hemorrhoid bursts. The following fluid may find its way still for a few more minutes. You should keep the home remedies on, Ead more fiber and keep hydrated. However, if the bleeding doesn’t stop even after 10 minutes and bleeds on every bowel movement or while peeing, see a doctor and ask for treatment for hemorrhoid bleeding.

If your hemorrhoid bursts or bleeds, take proper home treatment such as a good moist wipe for the blood, taking a sitz bath, or using a cold pack. Don’t take a warm bath or cold pack for more than 20 minutes in a row. Avoid getting constipation using medication and use hemorrhoid creams and suppositories as over-the-counter products. Keep hydrated, eat more fiber and keep moving, don’t sit on a position for too long.

However, If you find your hemorrhoid too painful and uncomfortable to stay with, consult a doctor for proper medication. You may get suggested to use a hemorrhoid banding (Rubber band ligation) or a Sclerotherapy, both will help the blood clot get off. The doctor may even suggest a minor Bipolar, infrared or Laser surgery or Electrocoagulation for internal hemorrhoids to help it dry off.

If you’re also experiencing serious discomfort from a tailbone injury or hemorrhoids, or if you’re having trouble sitting after having a baby, donut pillows can help. You can try

It uses a U shaped ergonomic design recommended by orthopedic surgeons and medical doctors across the globe.

DURABLE – Made of dense premium comfort foam. Will not flatten out with prolonged use. Will not deflate like inflatable donut cushions. Non-slip bottom ensures the cushion stays in place and will not shift or slide on any surface.

You can also use our recommended best hemorrhoid cream that fast relief from itching, burning, bleeding, and other symptoms that come with hemorrhoids

If you are a patient of hemorrhoids with severe pain, itching this relief cream is a perfect solution for you. It will instantly calm your burning hemorrhoid and heal the inflamed and damaged tissues around the swollen vein. The good thing about this cream is, it gives you a soothing easy passage for a bowel movement by lubricating the sensitive passages. Some of the key benefits of this product are:

Caution: If you are pregnant and have swollen hemorrhoids, make sure you consult your doctor before applying.

Caution: Don’t use it more than 3 capsules and more than once daily and drink plenty of water with it.

These highly nutritious Herbal Hemorrhoid relief capsules are made with pure natural ingredients like Hazel leaf, Horse Chestnut, Ginger Horse Chestnut, and so on. It doesn’t just alleviate your hemorrhoid pain, itching and discomfort, it also makes your bowel movements easier. Your rectum is a very sensitive area where the blood flow is very important to keep out of hemorrhoids. This product helps you both externally and internally to keep your rectum free for better blood circulation and bowel movement. Best benefits of these capsules are:

Caution: Take no more than 3-4 capsules in a single day and stop having once your symptoms are gone.

E suppositories themselves sound very promising when it comes to choosing an over-the-counter product for hemorrhoids. These E suppositories from Carlson are made with vitamin E, Hydrogenated coconut oil and palm oil to alleviate your hemorrhoidal pain and burning go away in minutes. Along with the instant relief from pain and itching of hemorrhoidal pain, you will get plenty of vitamin supply in your body to heal up the torn muscles.

Do hemorrhoids bleed a lot?

The hemorrhoidal bleeding isn’t that scary as it sounds, it will drain the clogged blood inside the swollen vein and it will stop bleeding. Hence, hemorrhoids may cause pain and sometimes bleed while a bowel movement, keep safe from constipation and long time sitting.

Hemorrhoid burst how long will it bleed

Usually, once your hemorrhoid starts bleeding, it will stop when the blood inside the clot is clear, which takes about a few seconds. It shouldn’t be more than a few minutes if it keeps bleeding for more than 10 minutes, go for bleeding hemorrhoid treatment options.

How to pop hemorrhoids?

When hemorrhoids become thrombosed, it will be too swollen and pop on its own, you should never try to pop it yourself. If you do so, you may expose the area to millions of germs and bacteria, it will get too painful especially while a bowel movement or walking.

Do your hemorrhoid bleeding for 5 days? Then what to do

A regular hemorrhoid bleeding after bursting will continue for a few seconds to a few minutes as most. However, if your hemorrhoid keeps bleeding for days, it most likely is because of bowel movement and straining, stay away from constipation this time.

What happens if a hemorrhoid burst?

When hemorrhoid gets too swollen, it will burst open to drain off the clogged blood inside and get you relieved from the lumpy vein, it will take a few minutes for the blood to find its way out.

Can hemorrhoids burst during pregnancy?

Yes, hemorrhoids have a high potential of bursting during pregnancy because of the baby’s pressure on the veins down to the uterus and the rectum.

How long does ruptured hemorrhoid take to heal?

It depends on the size of the rupture, if it’s fairly tiny, it should heal within a few days, but if it’s a large one, it will take longer, it may extend to more than a week.

Can you squeeze hemorrhoids?

Technically it’s possible to squeeze and pop hemorrhoids by yourself, but it’s not recommended to do so and it can be highly dangerous and can bleed too much and cause severe pain.

Although in the meantime you have your hemorrhoid, you will likely get smelly bowel movements and even the clot itself may smelly odor.

What gets rid of hemorrhoids fast?

You should apply home remedies to soothe the rupture if the piles burst. If you have too much pain or bleeding, serious medication or surgery may be needed, such as Stapled hemorrhoidopexy, Rubber band ligation, infrared, laser or bipolar coagulation.

What is the strongest medicine for hemorrhoids?

Nifedipine ointment works great for hemorrhoids, it works directly on thrombosed hemorrhoids that have serious clot inside. Or you can use Anucort-HC Suppository, Rectal, it’s easy to use, popular among Hemorrhoid patients.

How do you get a Hemroid? (Hemorrhoids – Symptoms and causes)

There are several causes for you to end up getting hemorrhoid, such as:

Can stress cause hemorrhoids?

Stress can easily lead you to digestive problems, constipation, strain during bowel movement and eventually it may cause hemorrhoids because of the extra pressure on the sphincter muscle and the area of the rectum.

Can Neck Pain Cause Headaches?

Related Articles
We will be happy to hear your thoughts 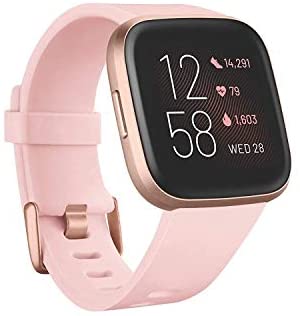 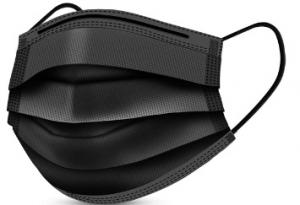 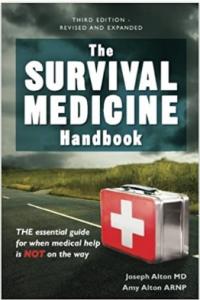 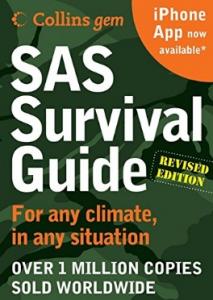 RIPPain is participants in the Amazon Services LLC Associates Program, and other affiliate programs an affiliate advertising program designed to provide a means for us to earn fees by. AS AN AMAZON ASSOCIATE PLUS OTHER AFFILIATE WE EARN AFFILIATE COMMISSIONS FROM QUALIFYING PURCHASES.